This would be the third post in a row that I apologize for taking so much time in between posts, but I think I’m just going to stop doing that. Over the past month or so, moviegoers have crowded cinemas to see the two new superhero films released by Marvel and DC: Thor Ragnarok, and Justice League respectively. Yayyyy; more superhero movies. Aren’t they just the best thing to happen in the past twenty years? You can probably tell by the tone of this intro that I’m super excited to talk about these two movies… Since this is a double feature, I’ll just provide you with a brief intro to both films. The review will also probably only consist of two sections in order to save on time. 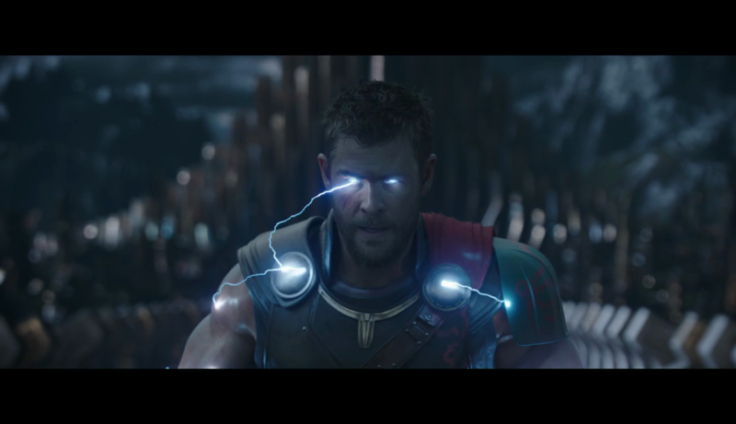 Thor Ragnarok is the third film in the Thor series and the… Jesus, I’m not going to take the time to count how many movies this makes for Marvel, do it yourself. The film is directed by Taika Waititi, who is a New Zealander that is relatively new to the world of Hollywood, but is pretty well known back home. Waititi directed, co-wrote, and starred in one of my favorite comedy movies of late, What We Do in the Shadows (2014). This is a hilarious mockumentary about vampires trying to live in the modern world that I highly recommend to everyone. Waititi also wrote and directed Hunt for the Wilderpeople (2016), which I have not seen, but only heard good things about. For the small group of people that are reading this and are already fans of Waititi, you will be pleased to hear that he has a role in his new Thor movie. The trailer for Ragnarok generated quite the buzz among Marvel lovers and haters alike. As someone that typically falls into that latter category, I have to admit that the trailer for this film intrigued me greatly, but Marvel’s excellent marketing team has fooled me before (see Age of Ultron), so I remained unmovingly skeptical and pessimistic.

In contrast, Justice League‘s trailer never looked intriguing… granted, this had to be one of the hardest movies Warner Brothers and company have tried to make. As much as I like to poke and prod at Zac Snyder, I really do think he is a good filmmaker (he just doesn’t always make the right movie), and from what I’ve seen, he seems to be a genuinely awesome guy. For those that don’t know, while this film was being made, Snyder’s daughter tragically committed suicide, forcing him to step down from the project. This caused Warner Brothers to rush in and find someone that could replace Snyder, which is no small task, as there are very few directors who posses the same type of vision as Snyder. So who did WB pick? Why, none other than the head honcho himself, the king of the nerds, Mr. Joss Whedon! Yes, that’s right, the Whedster threw away his Marvel loyalty to help DC get up on its feet. I couldn’t imagine a better person for the job…

Ragnarok certainly boasts a far quirkier and eccentric script than the whole of its Marvel siblings. This should become immediately evident to viewers during the film’s first scene, which plays out exactly like the “freeze frame/record scratch” meme that commonly circulates social media. Yes, this script very obviously puts humor first, but this humor is not like the humor you would find in Guardians of the Galaxy. It is humor that revolves around the absurdity of Thor’s character, his world, and the various worlds he visits throughout the film. In other words, this script was perfect for Waititi.

Unfortunately, this does come with a few consequences. First and foremost, this movie seems entirely inconsequential not only within the Marvel universe, but even within itself. Without spoiling anything, I’ll just briefly describe a scene to you: Thor and Loki have temporarily teamed up in order to escape their prisoner-like situation. During their escape, they are met with wave after wave of opposition; however, instead of focusing on their foes and their escape, the majority of their attention is directed toward a conversation that they were having beforehand. So, they’re talking like they’re old friends getting coffee together while simultaneously obliterating their opponents.

In short, the movie can’t take itself seriously enough for the audience to really feel like there are any stakes, and this is supposed to be a movie about the end of times. The script desperately needed a moment that made the audience (and Thor) realize how serious these events were. And no, the moment where it “seems” like Thor is going to lose the final showdown does not count, because anyone with a brain knows that Marvel doesn’t actually have the guts to kill off one of their biggest stars (at least before Infinity War). ‘ 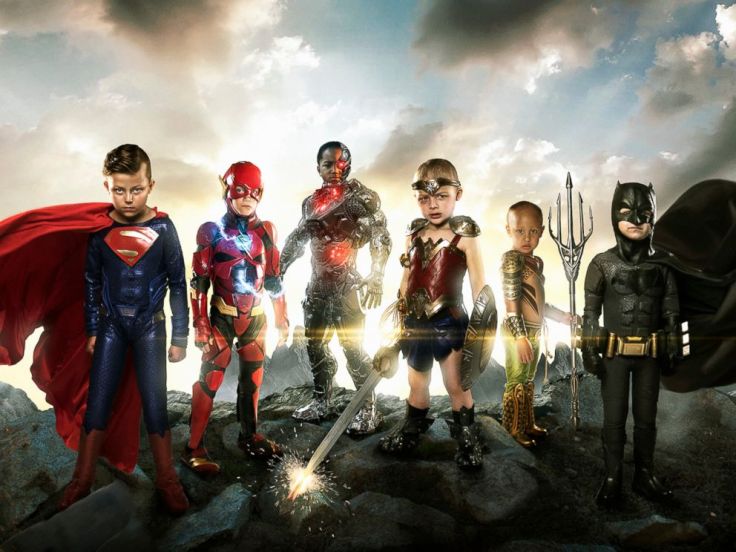 …holy shit, where do I even begin?

Well the first thing that I want to talk about is the “villain.” I put that word in quotes because it seriously took me 30 minutes to realize that this guy, Steppenwolf (who is, unfortunately, not the classic rock band), was actually the antagonist of the film. Now, you might be asking yourself, “Bryce, how did the smartest man in the world not know that Steppenwolf was the bad guy?” Well, dear reader, it is precisely because I am the smartest man in the world that this happened. For some reason, and rather foolishly, I came into the film with the preconceived notion that the writers knew what they were doing. Steppenwolf is introduced as if he is the errand-boy for the real antagonist, like he’s the warm-up round for our heroes before they move on to the big baddie. Also, who the hell has ever heard of this guy?? I didn’t know anything about the film other than what the trailers revealed (comic-book nerds, please hold your objections), and I was expecting a bigger name villain for the first ever live-action JL movie than some nobody that stuck their ax made out of rock in a pool of orange glo-stick juice.

The second thing is characterization for our new heroes… and, actually, you can extend this to the ones that already exist too; they don’t have none. They desperately try to cram in some character for the young Barry Allen at the beginning, but it’s immediately thrown out of the window and forgotten, Cyborg is less cyborg and more robot, and Aquaman is just a cliche bro/meathead-that-actually-has-a-good-heart whose backstory is literally delivered in a ten second exposition scene by a character who is only seen this one time.

[Potential Spoilers Ahead] Lastly, the plot and its progression is just flat-out stupid. Here’s a summary so that you know how stupid it truly is: ancient heroes defeat alien foe in an epic battle, ancient heroes steal alien’s secret weapon so that it can’t be used in case of his return, but decide that Earth is the best place to hide it. In the future, alien learns of Superman’s “death,” and decides that it is finally safe to re-invade Earth, ignoring the thousands of years before Superman even came to Earth. Alien returns and begins re-acquiring his super-weapon with little to no opposition because the heroes insist that building a team is more important than attempting to stop the immediate threat. After an initial ass-kicking in their first confrontation with him, some bullshit is stated about the nature of the super-weapon, and the heroes decide that they can use the weapon to revive Superman. They revive him, but… what happens next is very unclear: it’s either 1) Superman had no memories after being revived and was threatened by the JL members, 2) Superman had a fraction of his memory and for some reason blames Batman for his death (which, oddly enough, everyone seems to blame Batman for his death in this movie, even though it was very obviously Lex Luthor and Doomsday that killed him) and is very angry about it, or 3) Superman had all of his memory and was just very pissed off that they yanked him away from Kryptonian Heaven. Either way, the JL get their asses kicked by Supes, who proceeds to fly away with Lois to stall for 30 minutes of the film’s run-time in Kansas. So now, the JL has to fight Steppenwolf without Supes, and they basically get their asses handed to them until Supes has a change of heart and shows up before the rest of the team is killed. [End Potential Spoilers] Long story short, they could have renamed this movie “The Justice League Revives Superman Because They Apparently Can’t Do Shit Without Him” and it would have worked fine.

Unsurprisingly, Ragnarok comes out on top here, and DC has yet to craft an all-around decent script, despite having some of the best comic-book characters in the medium.

Ragnarok follows suite where GotG2 left off; in comparison to earlier Marvel films, there is a lot more attention paid to color and vibrancy. The costumes, the CGI, the set design: all of these are very colorful and gave the designers the freedom to really turn up the dial on the creativity. The only disappointing aspect was the direction, which was entirely conventional. This is also the one Marvel movie which featured a lot of CGI action sequences that I believe the CGI actually worked well for, if not simply for the fact that you can tell everyone put their best work into the film and also had fun doing it.

…On the flip side, JL is a heaping pile of dog shit. Yes, I am sympathetic for the guy, but I have no clue where Zac Snyder started and stopped shooting this movie because it is the least Snyder-esque movie I’ve seen from DC. Nothing about this movie told me that he was involved to any extent. The only exception to that might be the color-scheming, but that is not something unique to Snyder. In short, the sheer scope and cost of the CGI sets the bar back by about a decade; The Avengers (2012) was more believable than this bullcrap. There was little to no creativity in the design of…well, anything in this movie. One last thing, I don’t think Ezra Miller had a bad performance as Flash, but when you’re casting for a character whose superpower is running fast, maybe you should consider casting somebody that can actually run? I’m sorry, but I laughed every time they showed Ezra “running.” I’m officially declaring it Cinema-Law that, from here on out, the actor/actress playing  Flash (or any character known for their ability to move quickly) must have some experience in a sport that involves running quickly.

Again, Ragnarok takes the cake in this category, making the total score 2-0.

Ragnarok is going to have something for everyone, and I think the vast majority of Marvel fans are going to like it a lot, but its weirdness is going to push a few folks away. In comparison to other Marvel films, it’s actually probably my second favorite one, falling in between the first Guardians and The Winter Soldier. If you intend on keeping up with the Marvel universe to any extent, then Ragnarok is a must-see, even if it has little-to-no effect on the over-arching story.

The score says it all. If you go back and look at my previous reviews, you will see that, what I once considered to be an unmentionable movie, Suicide Squad, actually has a score of 3.7, indicating that I would rather watch Suicide Squad than have to watch this mess again.  THIS IS THE SAME SCORE I GAVE TO FRIGGIN GODS OF EGYPT. Yes, it is that bad. Do not see it. Thankfully, it is noticeably tanking at the box office, and WB and company will hopefully take notice and make a change in the right direction. Knowing them, however, they probably won’t.